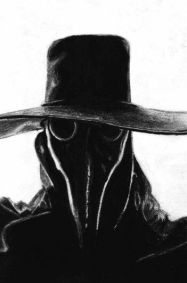 The game begins, and the players are ready for the excitement to start. Their destination is a stereotypical gathering of the party to move the story along! A grand feast is held in their honor, and the players are invited to partake. A grand palazzo of an eastern Noble awaits them as one by one they walk past the guards, beyond the gates, and into the home of one Rodrigo di Sicari. There a tall Goliath makes his entry covered in mismatched armor and wearing the skin of a bear. A dwarven warrior seeking to dissuade attention soon joins him, and then comes a monk, a half-dragon, and much more.

All are gathered for revenge, and to end a curse set upon them.

This was the opening of the first session of “Woetide” a special campaign of Fifth Edition Dungeons and Dragons ran near the end of January. The Dungeonmaster was me, Padraig O’C, and many of the players were close friends and family. It was a motley bunch, but a fun group whose focus was on adventuring deep into dungeons of the unknown.

Welcome to Darker Dungeons, a new semi-regular blog segment where members of the DasWyrd team will discuss of different topics all focus on gaming and roleplaying as a whole. Consider this our most casual blog focused on lending a few thoughts on everything from the player experience to ideas for young gamemasters. Our primary focus will be how gaming and roleplaying are important factors in the building and maintaining community. So please feel free to ignore, or utilize our ideas. We realize that as writers that our experiences will not be a fit for everyone. But, we hope they can be useful in providing a greater sense of what DasWyrd wishes to achieve as a company.

So, not only will we be looking at experiences, but also reviewing games as a whole. For example, I have access to several corebooks for RPG games and own various board games and even forum games! At the heart of this will be how the communal experience builds bonds and can be used by both writers and players alike.

The Tales of Woetide is a rough dark fantasy campaign (for those of you who don’t play tabletop RPGs, that’s a long series of game sessions) created to tell a story of revenge. All the players are connected by a common curse called the “Woetide” a sense of overwhelming depression and sorrow. All were the victims of a strange man wearing a plague doctor’s uniform known by the name of “Saul di Manti” who brought ruin to their families. From their backstories each player has a “trinket” that gives them a unique ability in the game. A knife might reveal a hidden trap or a set of plans for an internal machine might locate magical items.

Other than their collective problems, the players are all brought together by a strange nobleman, by the name of Rodrigo di Sicari who himself was a victim of Saul Manti. Other than the setting which we will cover in future articles the overall structure of the game is a bit different than the typical Dungeons and Dragons game. Many D&D games have their own flavor and feel. From the onset, Woetide is about revenge and retribution. Its a game where the players are seeking to find the man who ruined their lives and give him what for! But how I decided to implement this is a bit interesting. Rodrigo has funded the party to become a band of sellswords giving them a bit of leeway to investigate and do what they might deem necessary to get the job done.

So in other words, I modeled my game on the TV Show Leverage! Each session is part of a general “Job” given to the players by their sponsor, and then they are actively travel to its location to complete the quest. During these jobs the players can interact with the greater mystery of their curse and understand the darker overtones of revenge. I want the players to debate, to argue, and to determine what to do. I want the monsters to challenge them, but also provide them an outlet to unleash their strategies as a team. If one dies the game should effect the tragedy of the loss, and if they don’t, it should give them a sense of accomplishment for their survival.

Woetide is thus a game about fun, but also challenge. A dark fantasy world where conspiracy lays just out of sight in the shadows, and where the players must discover why the world has been so unkind to them as people.