After binging all day Sunday, I have completed the first season of Marvel’s Daredevil on Netflix. The story that was presented, and the build up over the last year or so has been worth it. To be honest my interest in DareDevil as a series was kind of mute. I was watching the updates on the series with slight interest. It was not until I learned that Vincent D’Onofrio (Detective Goren on Law & Order: CI) that I truly gained direct interest in the show. Sure, I love DareDevil, I mean the movie was not half-bad (although I prefer the shows take mores so than Afflecks portrayal), but Ruffalo as Kingpin sold the story for me. I personally grew up on watching Kingpin on the 90s Spiderman show, and yet remember D’Onofrio’s complicated acting as Detective Goren. So I guess the idea of such a talent actor tackling a powerful crime figure as Wilson Fisk just drew me in, and it was worth it. 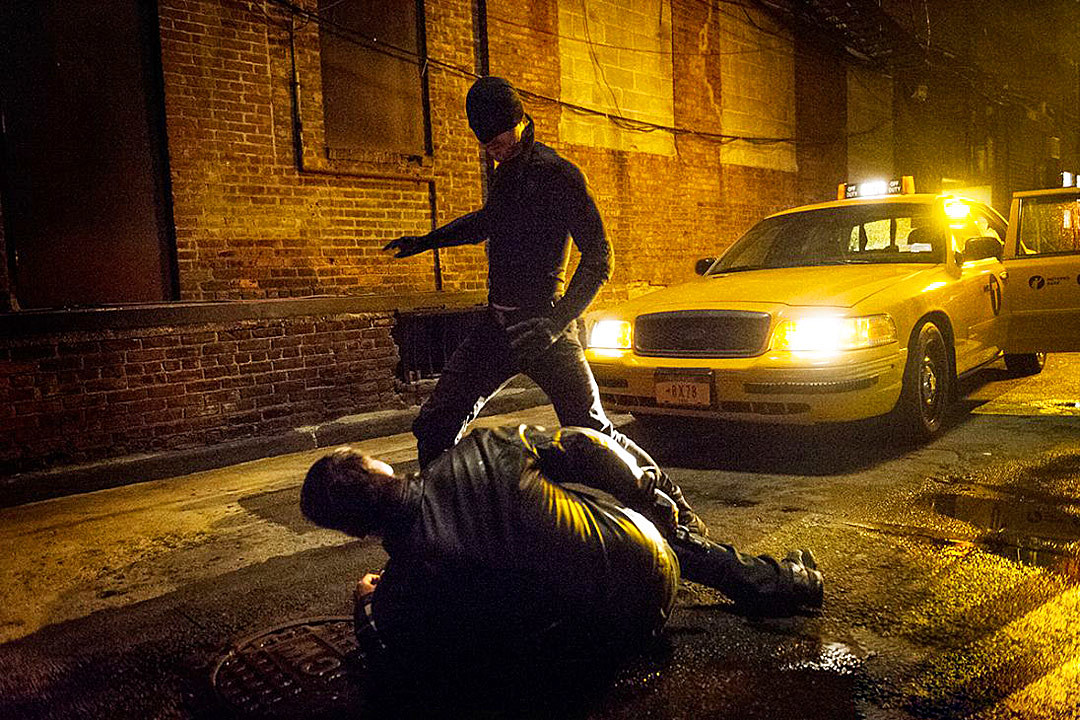 Its Darker than Agents

Agents of Shield at times was dark to a point. Its a Network show on ABC so it will never reach Game of Thrones levels of violence, but still it does explore some out of the way stuff. Some of the deaths in the recent season were on a mid-level of violence, with some of the kills by Hydra being a bit gruesome (the ash burning devices were a bit interesting). DareDevil on the other hand presents a story more in-line with what we might see in shows such as Law & Order Criminal Intent, Chicago PD, or the Blacklist. There is more vivid blood and injury along with much – much higher stakes.

DareDevil doesn’t pull punches when it comes to the gruesome, and it doesn’t hold back when a story requires harsh language. but, at the same time it hovers around higher senses of morality was the two main figures of Murdok and Fisk duel it out over the future of Hell’s Kitchen. Perhaps one of the greatest selling points i’ve found was my own frustration in how invested the characters truly made me feel. I cared when main characters lost their lives, and I was frustrated when all the work a hero does is proven for naught.

Like Orange is the New Black, the series uses carefully laced flashbacks and background references to build a much larger mythos for the Marvel world. In Agents of Shield we’ve only seen hints of the mystical, and with upcoming releases such as Dr Strange and Black Panther (both heroes are heavily magical or mystical in nature) Marvel is unleashing is supernatural side more so in Daredevil in careful places. The Yakuza fielding horros, and Stick appearing at one point only helps to reinforce this. But the view is not lost in this ever growing world of trench crime fighting.

I think one of the best scenes so far in the series is near the middle where a lonely Fisk stares at a wall. (No more spoilers) a set up for the long battle that is come. Perhaps the best way to sum of this story is that its about the soul of two dreams, the dreams of two men. One wishes to be the Good Samaritan, and the other the Ill-Intent.

I binged quickly through the show, and devoured as much as I could this last Sunday. All I can say is that I’m hoping to see some serious tie-in’s with Agents, and maybe a reference in Age of Ultron. DareDevil took a step back though from the Scifi and World Bounding of the last few movies, and launched itself more towards the mystical or arcane. The appearance of Stick alone shows that we are getting a lot of ground work for Luke Cage, and Ironfirst, not to mention the upcoming release of the Defends Crossover! Hopefully the release of AKA Jessica Jones will only add to that. Until then, I plan on being the best Avocado I can be!