There are many people who believe in the the singularity where humanity and machine will meld to become the next level of sentience. Perhaps, this is also a possibility in that alien life may, in fact, be revealed to be a form of hyper intelligence. I believe in the past five years alone we have entered an age where the early points of “cyberpunk” are melding reality with fiction. Originally, Cyberpunk was a way to analyze how the mind and machine would evolve and how our world would adapt. In the Matrix (which to me is quintessential Cyberpunk) humanity exists in a constant virtual environment controlled by the mind of the machine.

Replicants were almost human in Bladerunner, except for their lack of empathy.

In Ghost in the Shell, the mind is the ghost, the self, which can be found in a cybernetic body, that of a robot, or in a normal “meat suit”. What unifies all of these stories is that cyberpunk reveals itself to be the darker and grungier form of sci-fi we often forget. When we watch Star Trek we voyage into space and see clean environments and dangerous moments therein. Speculation is thus refocused on the notion of expansive space travel and how technology continues to expand. Whereas cyberpunk almost seems to grasp to its namesake, “the punks”, and rebel.

My experience with cyberpunk is that it is often the grungier and darker cousins of space opera. Centered in large city streets milling with people, it is a place where hackers are the new hero, and machines are nearly indiscernible from humans. Bladerunner, a movie based on the book, Do Androids Dream of Electric Sheep by Phillip K. Dick, explores the evolution of mankind quite well. In the new world, corporations have risen to a level of creating nigh perfect human “replicants” who can only be detected via a specialized test. Several rogue replicants nearing their due date come to earth, and a lone Bladerunner, Rick Deckard, weaves his way through conspiracy and challenge to take them down.
Here machines have transformed to become almost flesh a blood, and yet even then they are limited. A counter to this would be the Augmented present throughout the recent video games Deus Ex: Revolution and Mankind divided explored a where of segregation faced by those who have undergone heavy body modification. In this case, individuals are marginalized for personalized choices. (Spoiler Alert!) Later on, many of the Augmented are “hacked” mentally, and turn on those around them leaving to a large scale massacre. Much like the replicants who are capable of serious damage with their enhanced forms, the Augs become segregated. But, therein lies a difference. 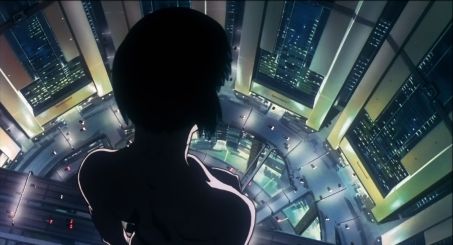 Augmented melded flesh to the machine through choice, where as the replicants were simply created. In both cases, we view victims or instigators. Augs are victims are a horrendous act of hacking and a loss of agency. But in return we must acknowledge that the replicants never really had much agency, to begin with.

Here “the self” the ghost is transformed into something we can question, a point usually wholeheartedly at the center of the best cyberpunk stories. The replicants go on to commit serious crimes including murder and far worse. Yet, in a way, they are the products of their creation. Augmented are segregated and forcibly pushed into concentration camps over fears of what else they might do.

In both cases we see humanity and machine evolving perhaps closer to the singularity, and the consequences that come from it.

Transformation of the Genre

What is interesting about the Punk genres is that they allow writers and creators to retell stories in that same genre. Many people have recreated NOIR stories and hardboiled detective concepts in Cyberpunk. Bladerunner when viewed minus the artificial humans, can easily be seen as an old Private Detective story. Deckhard is the hardboiled character who has been hired to bring in his collar. The stories of Section 9 can easily be changed into police procedurals and high paced gun fights. In both cases, we have taken common stories of realizing and blended them together with stories of hunting terrorists and criminals.

Imagine a story where a band of adventurers delve in aging code of a video game, and discover the lost data of a favorite game character. One could easily rework this to be a story of people utilizing the reaches of the ancient internet to prove the innocence of someone. In both cases we have a story of either hunting a relic or a clearing a name, but it takes place in cyberspace. In the realm of the digital and firmly in the genre of cyberpunk. All we changed was the technology used and bits of the setting.

Punks as Aesthetic and Predictive

As the ghost of our minds changes to the revolution of technology so will how we view cyberpunk. To this day one’s identity extends in multiple directions. Across social media and in different circles of socialization we construct a multitude of facets of identity. When the singularity comes, or if it comes, we can only guess how that will further it