There are so many different stories told that deal with space and the wonders of the last great frontier. Not everyone though loves a story about hyperdrives and invading aliens. There are plenty of people who find the notion of lightsabers to be too ridiculous and thus, these people simply love hard science fiction. Now to note there isn’t anything wrong with disliking “science fantasy”, and personally, I love Star Wars, but there is a certain grounding that exists in the notion Hard Science Fiction. For those who prefer science as a foundation of limitation, Hard Science Fiction is a bastion of reality that allows people to explore not only the speculative future of humanity but what that actually means.

Elements of Science Fiction do not need to be fantastical and in that regard there is a level of connection forged by creating a story that is far more relatable to some than one with alien xenomorphs. Perhaps some of the best examples of modern Hard Science fiction are movies such as Ex Machina, and Gattaca. Thou shalt not make a machine in the likeness of a human mind.

What if you could create the ideal child? What if you could easily erase any abnormality that your progeny might suffer? Already in modern science we are capable of locating the genes that identify horrendous diseases such as Tay-Sachs Disease and much more. We can test to see if a child will have Down Syndrome or simply what their gender will be. Already there are repercussions for such tests. Some families will abort children with chronic diseases (like Tay-Sachs) that end their lives quickly. Some even amorally will refuse to have children with defects that might affect them mentally or even based upon gender.

So how would might the world change with the ability to scan people’s potential? In Gattaca, your very place in humanity is decided upon biometric potential. Those who were more susceptible to genetic disorder became in-valids, and those who did not be valid. A nigh eugenic society arises and becomes a means of limiting human potential.

Whereas in Ex Machina a man attempts to create artificially and ends up being defeated by his own creation. At all times, there is no notion outside the complete realms of science. There are already plans to create robotic hotel staff and online chat bots can even now become problematic themselves. When the levels of realism already exist within the public mind things are perfectly as hard as they can be for Science Fiction.

The movie Interstellar posits that when traveling to planets near a black hole that time will dilate. They also showcase this in the time difference of traveling into deep space along with a lack of faster-than-light travel means a massive difference in the passage of time. Cooper barely ages compared to his daughter who lives her entire life away from her father after parting ways.

In my opinion, I find Interstellar to be the lightest “Hard Science” Science Fiction movie I have seen a long time. Not as fantastical as Bladerunner, but definitely on the edge of realism. They handle elements such as de 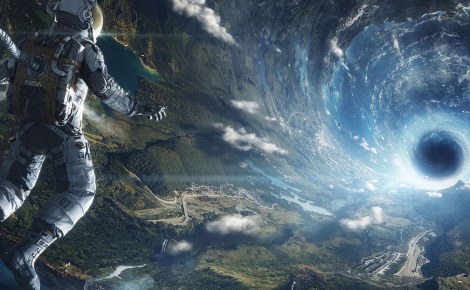 Matthew McConaughey as Cooper in Interstellar.

compression fairly well and use several spaceship designs which appear similar to ones that have popped up from time to time by current scientists. In this case, Hard Science fiction isn’t just about edging along the realm of realism, but also embracing current theorems.

The truth is that Science is fluid, which means an assumption about something now, may prove quite unrealistic in the future. The Martian did this quite well with all of the set designs relying heavily not only on actual information on the red planet, the movie even called upon Neil Degrasse Tyson to create an “in-universe” explanation of the future fictional Ares missions. In a way this all falls back to the notion of groundedness that pervades Hard Sci-Fi. When people in The Expanse television work on their own ships they wear gravity boots because it lacks the Coriolis effect of gravity.

But in the end, Hard Sci-Fi is about playing with current science to produce speculative fiction for escape. Its meant to question what something could result in or create with what we know or think to know of the modern world.