“History often resembles myth, because they are both ultimately of the same stuff.”

At its heart fantasy is about escapism. When we dream of mighty elves battling orcs on the fields of Pelennor in the Return of the King we are walking away from reality and walking into a word of the fantastic. The Lord of the Rings series while held up as an example of HIgh Fantasy is not quite the best example what exactly defines the “High” or “Epic” nature of the fantastical stories by modern authors. While Lord of the Rings can be considered one of the primary influences for modern fantasy, it is not in fact a “high fantasy”. 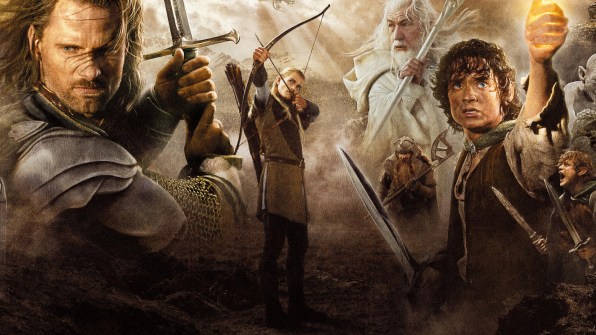 High Fantasy is all about Magic

The terminology for High, Middle, Low Fantasy all rest on the level of magic found in their world. This is a subjective measure for the genre, but it can help a reader understand the history of it. Coined by Lloyd Alexander in 1978 (Source), high fantasy tends to have an epic scope to it. In this regard, Lord of the Rings is quite the “high” in fantasy. The difference, however, is when other elements are added. High Fantasy novels in this day and age tend to feature high levels of supernatural abilities or powers. While Gandalf the Grey and other major magical figures are quite prevalent, their actual abilities are rare and restricted to a closed few.

More recent additions such as the Mirror Empire by Kameron Hurley on the other hand feature rampant fantastical powers and abilities. Magical plants that can spring forth from a fighters’ arm. Magical gates made with blood. Then there are the settings of Dungeons and Dragons an entire series dedicated to the epic feats of evil versus good. In the end, all of these stories tie in one element. The supernatural and the fantastical are front in center. The powers and what characters can achieve are on a higher level of escapism than that of other forms of fantasy novels.

Setting – A world other than ours. It may have a nominal connection with present day Earth, such as being our remote past or future, but this plays no role in the plot. Mythopoeia is often put into play to define the very metaphysics of the world. Nevertheless it often resembles medieval Europe, and is often peopled by People of Hair Color.

Scale – Epic. Power politics, wars, the death of nations, gods walking the earth, and the real threat of The End of the World as We Know It. This is what distinguishes High Fantasy from Heroic Fantasy.

These days Euro-centric stories are no longer the norm. Ursula K. LeGuin was one of the first to break this mold and created her “Archipelago” with its dark skinned civilized peoples who would later become invaded by pale-skinned barbarians. Even in the context of evil there wasn’t an absolute evil as much of the folly created by mages fearing death. No orcs greet the works of Sparrowhawk, just as no goblins roil in the works of the Mirror Empire.

Now let’s step away from the foundation of what creates High Fantasy, and consider how the genre as a whole is evolving. In the last twenty years multiple books have come to the forefront which can easily be called “epic fantasy”, but play with the notion of what is magic. In Brandon Sanderson’s Mistborn trilogy, magic is controlled by consuming metals. Users are then able to access different powers. Some might be able to store their own strength for future usage. Others could leap through the air and combat their enemies. Perhaps one of the stranger aspects of magic was physically altering humanity itself.

With the freedom to develop the world’s we wish, writers can truly investigate and revamp tropes that were once solidified. The elves of the Obsidian Trilogy possessed a lengthy series of rules about politeness in response to the long view on a life they had. Faeries in The War of Flowers had an intricate system of strange weird weaponry such as hornet shooting guns, and knives made from mystical glass.

All of these elements take the notion of fantastic and just run with it to create worlds that follow their own rules. They are bound by the realities of our own universe and make the world their own.

But at the end of the day, High Fantasy is still about being epic, and seeing the world change on a grand scale. Earthsea is about one of the greatest mages to ever live, Dragonlord Ged. The Mistborn saga has massive connotations for its characters, and deals heavily in elements of conspiracy and mystery. Even Obsidian has a demon queen trying to rule the world, and a people discovering a magic that was once lost to them.

There is an old germanic or “norse” concept in mythology. This is the Wyrd, the belief in fate that can only be changed by heroic acts. Beowulf did so by slaying Grendel, and Sigurd did so after slaying Fafnir and bathin in his blood. Fantasies are stories about heroes, villains and acts that reshape the world. Most focus on these “epic” events, and perhaps even as the genre shifts that will be one of the core factors defining the genre as a whole.