Disability is something hard to write for some people, and easier for others. In some cases we end up with heroic individuals such as Matt Murdock whose blindness gave him super-human senses. But this is not true for everyone. Many characters either become defined by their disabilities, or the disability is just another road-block in their adventure. The problem exists an impermanent situation that people seek to ‘cure’ and ‘fix’. I have no outward problem with that ideal myself, but at times I think there is an almost direct desire to just undo a problem experienced by a character.

A good example of this is the treatment of a certain major character on a major series.

Fair warning Spoilers ahead for the recent season of Arrow:

Recently in the Arrow there was a small section of story where a certain perky blonde found herself paralyzed after an attack by members of the big bad’s cronies. This entire conflict itself builds with several choices by Arrow and leads to a intense, but short story about the character. There’s even an fairly extensive episode where she faces who she is becoming and the frailties in front of her. A lot of problems could easily been resolved with this story, and a good amount of empowerment could have ensued. For a awhile ti did, the character overcame her own worries.

But the disability was not a long term situation, it was a means to an end. Nothing wrong with it, but at the same time it kind of trivializes a problem people face everyday.

Don’t demonize, but don’t sugar-coat it 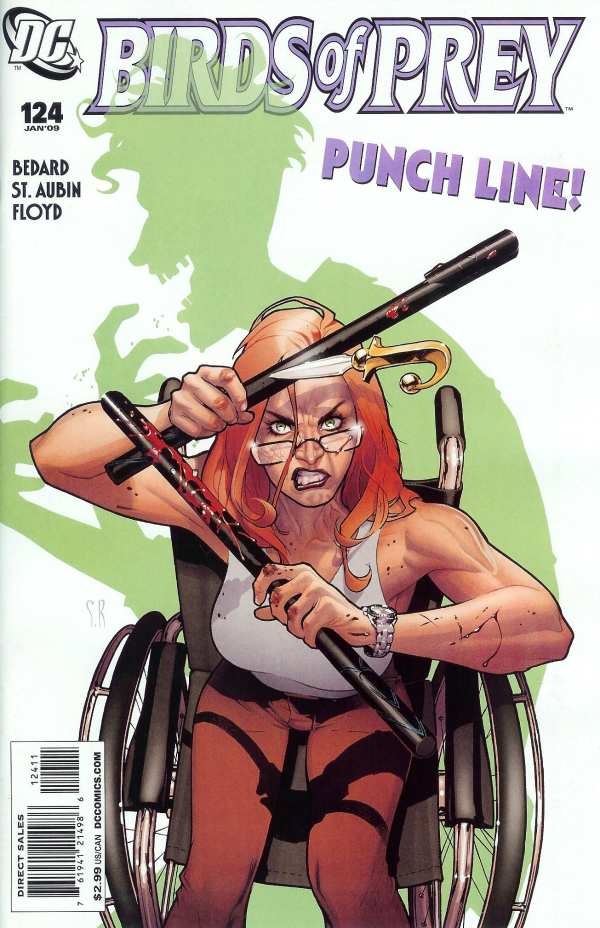 There is a tendency in writing to use mental disabilities or disorders as a means of coloring a character, and frankly that’s just lazy. When a character has a depression it needs to be a real thing they are subject to and must learn to cope with. It doesn’t suddenly go away. As someone who suffers from anxiety attacks and has dealt with depression I find the notion of magicking away the obstacle only leads to a messy use of tragedy to grab attention.

Writing about a character who has a disability shouldn’t be about sympathizing or perhaps infantalizing them. Nyla when she feels the onset of her own anxiety copes with it the best she can. This is a problem that is internalized and faced by people everyday and it causes them to adapt, cope or deny through various means.

I think its more interesting to study characters that have issues with mobility or have to use an instrument to get by in life. Rather than being something “horrible” to occur to a character make it part of their life. Oracle as a primary force in the Birds of Prey gained her body paralysis after the incident of the Killing Joke comics.

Sadly, I’m more of a Marvel fan, but I think in many cases there’s a lot to be had from characters that derive strength from what others might consider lacking.

One of my favorite movie villainesses all time is Sofia Boutella’s character, Gazelle, whose prosthetic legs hid a deadly surprise for anyone who challenged her.

Part of the Character, Super Power or Not

Daredevil has his super hearing, and Phil Couson has a pretty nice prosthetic hand (so does a good portion of the Skywalker clan). In many cases real life disability can render people ignored, or treated like children. One of the top fighting characters in Marco Polo is Hundred-Eyes the Wudang master. At no point in the series is his mastery of Kung Fu challenged, and its his quick thinking and moves that saves the titular character later on from certain death. None of these characters are necessarily define y their disability, it just adds to who they are.

So instead of being filler, a story of tragedy, its one of empowerment and adaptation.