“What we both are. I have run from the darkness for so long… only to find myself in a place darker still. ”
-Vanessa Ives, Penny Dreadful

What lurks in the shadows around a street corner? What requires eldritch fright to power its cthonian power? Is it the second coming of prophecies long forgotten? Or could be something much more? Questions lay at the heart of a collection of related interlocked newly wrung genres which are born out of an interest in the 1800s and the different follows which graced that century. For some, the love of Steam technology brings about stories of high flying airships and daring engineers or artificers. 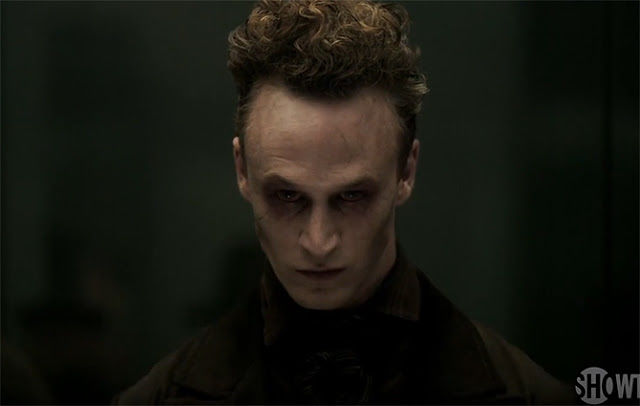 Others still lurk in the old west and plumb the depths of what could exist in that Weirdness lingering on the edges. Finally, another group looks to good old Europe, to London, and farther afield. To the stories once written of Inssmouth, of Hastur and the Unknowable Dark that Lays beyond.

Where it began I would personally give no idea, but how it began is just as complex. Dreadpunk is the upper class horror cousin of Weird West, and the darker sibling of Steampunk. Coined by the horror track director of Dragoncon, Darek Tatum (who even created Dreadpunk.com to promote the subgenre). Within his website Tatum comprises three central rules to how to identify and create Dreadpunk.

Where did it come from?

“No, you see the trouble with poet is how do you know it’s deceased… try the priest!”

A long time ago we talked about the Pulp Genre and its history in the European Penny Dreadful period of literature. Penny Dreadfuls (the namesake of a central Dreadpunk TV series) were popular small novelettes sold en masse during the turn of the 19th to 20th century. Popular tales among them included the infamous Sweeny Todd and much more. Their nickname “Dreadful” came from the horror love that many of these small little stories told, and the violence often utilized in their story telling.

But they are not the only literature basis for the Dreadpunk genre, at least not in America. That to me lays squarely at the feet of writers such as Edgar Allen Poe who wrote such wonderful tales as the House of Usher, and the Red Death. Add a small perchant for the terrors of the likes of Mr. Hyde, Frankenstein and much more (not to mention Jack the Ripper) and the setting for Dreadpunk comes alive. Many might call this the old time horror story one focusing on the cusp of modern science and medicinal discovery. But even more so it is a horror focused deeply on darker more ancient mysteries being veiled over the themes inherent in movements such as Spiritualism and much more.

What can we do with it?

Urban fantasy is the modern child of Dreadpunk just as Steampunk is the technological form of industralized epic fantasy. It is a where of Low Magic usually or even High Magic, but where using ‘enigmas of the unknown” can easily result in insanity. But even then it doesn’t need license to focus sole;y on the supernatural. Dreadpunk thus focuses on the horrror of the unknown and what we cannot possible fathom as mortals.

“There are chords in the hearts of the most reckless which cannot be touched without emotion, even by the utterly lost, to whom life and death are equally jests, there are matters of which no jest can be made.”
-Mask of the Red Death by Edgar Allen Poe

A common trait in the eldritch fright borne from H.P. Lovecraft’s works is the very idea that the Old Ones, those ancient ageless alien gods, simply do not care we humans exist. Dreadpunk also calls into question like all good works the humanity and dire fright of otherness we often steer clear of. The Modern Prometheus easily does this and has resoundly brought back the notion of the undying monster of Frankenstein again and again.

So, if a creative wishes to tell a story set in a world of enlightenment and yet still fearful of the past Dreadpunk is easily a place to start. From here we can easily go out into bigger worlds where Flintlock Fantasy or even the Weird West reign supreme. Yet at its core a dark abiding terror lurks underneath the surface, ready to claim the courage of any who dare look the abyss in the face.